It’s time to get to work. We need to stay informed on legislative actions and contact congressional members (see Tips to Contact Elected Officials). However, unless we can sway Republican congressional members to vote against the GOP (on a case by case basis), it’s going to be very difficult to block legislation (or Executive Branch actions). We need to commit now to at least winning back the House in 2018.

Below is a suite of opportunities to get involved – as you have the time and resources. This page will be updated as new resources come online.

Note about Petitions & Their Effectiveness

These days, petitions are like opinions – everyone’s got one and we may be feeling a bit pestered by them on social media. While it may feel good to sign the petitions that come our way, take a moment to consider the petition’s source. Seek out petitions that are initiated by the congressional members themselves or powerful lobbying groups (large non-profits like the Sierra Club, oversight organizations like the ACLU, or labor unions, professional associations, etc.). If we do this, we’re more likely to sign petitions that have the potential to affect real change and our signatures on these sort of petitions have a greater impact (and sway) with our elected officials.

ACLU has launched a grassroots action group. Sign up here for a March 11, 2017 Resistance Training.

Below are the organizations who believe all Americans should have equal rights under the Constitution and take legal action to protect those rights. They are advocates for those rights and provide educational information and workshops or lead direct actions.

Use the Contact page to send suggestions of other non-profits or non-governmental organizations who have an effective record of being a national advocate, lobbying Congress, or taking legal action to protect Americans.

We should all become members of the ACLU. It could be the most important action we take this year for ourselves and others. Check with your state-level ACLU for upcoming workshops that provide information and training that we’re all going to need.

From their site: For almost 100 years, the ACLU has worked to defend and preserve the individual rights and liberties guaranteed by the Constitution and laws of the United States.

From their site: The Southern Poverty Law Center is dedicated to fighting hate and bigotry and to seeking justice for the most vulnerable members of our society. Using litigation, education, and other forms of advocacy, the SPLC works toward the day when the ideals of equal justice and equal opportunity will be a reality.

Are You Registered to Vote? Check here
Do You Need to Register to Vote or Need Your State’s Voter Registration Requirements? Check here

Sign Up to Volunteer for the Midterm Election Campaigns

Under the law, there is nothing an average citizen can do to block the Executive Orders currently being issued by the 45th president. However, Congress can pass legislation to take the legs out of any Executive Order. The reality is that the Congress is controlled by the Republican party and it is unlikely that any legislation will be developed or passed that will undermine the current Executive Orders. This shouldn’t dissuade you from taking direct actions (calling congressional members), but we need to set longer-term goals beyond triage. The single, most critical act we can take as citizens is to sign-up to win back the House on November 9, 2018. Until then, we must engage our elected officials by fulfilling Calls to Action to ensure they hear us and block harmful legislation.

From the site: The 2016 election left us not only with a Trump Presidency and Republican control of the U.S. House and Senate, but with Republican control of our states – 33 governor’s seats and 71 legislative bodies. Since 2010, the GOP has seized control of our state governments, restricting our rights and stacking the electoral deck in their favor through redistricting and voter suppression laws. Our plan is to turn our country blue from the ground up by focusing on state governments. We will build a community of progressives committed to flipping state seats and organizing their communities in defense of progress. We’ll give you data on the most flippable seats and provide meaningful actions to win, through spreading awareness, volunteering, and donating. 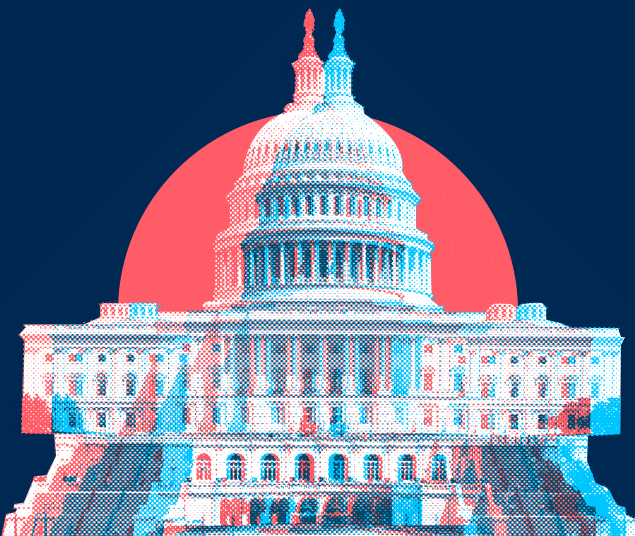 For folks in blue-led states, it would be unwise to believe that the Districts that are currently represented by Democrats will remain so. Alternatively, for folks living in red-led states, this tool could be invaluable to winning the fight to take back the House. This site looks up Congressional districts and provides information such as who holds the seat and by how many votes the seat was won. This is critical information. Second, the site identifies the nearest swing district to you and provides the opportunity to sign-up to volunteer in that District during the next midterm campaigns.

From the site: Swing Districts are places where the winner of the last House of Representatives election was determined by a thin margin. Swing Left helps you find and commit to supporting progressives in your closest Swing District so that you can help ensure we take back the House in 2018. Control of the House in 2018 will be decided by a handful of Swing Districts, places where the last election was decided by a thin margin. Find your closest Swing District and join its team to learn about actionable opportunities to support progressives—and defeat Republicans—in that district, no matter where you live. We can stop Trump and the GOP agenda by working together NOW.

Sister Districts (We Match Blue with Red for a Bluer Tomorrow)

For those of us living in blue-led states, the single most important acts we can take (besides holding our Democratic seats) is to find ways to help those in red-led states in the 2018 midterm elections.  The Sister District Project is being coded as we speak, so check in to see if/how you can help the effort and/or sign up to be a District Leader.

From the site: These are dangerous times that demand resistance. But if you live in a solidly blue (or red) place, you might feel frustrated trying to figure out what you can do to fight back. The Sister District Project can help you find a place to channel your blue energy where it will actually make a difference. When you join the Sister District Project, you will be matched with a strategic, winnable race that needs your support. In 2017, your Sister Race will be a down-ballot race that is critical to helping Democrats defend or take back control of the states and redistricting. As 2018 approaches, you will be matched with a swing congressional district so that we can take back the House of Representatives.

From the site: EMILY’s List is recruiting and helping thousands of women run for office at the state and local level. If you’re armed and angered by the Trump administration, we’re asking you to step up. Let us know if you’re interested in running for office. We ignite change by getting pro-choice Democratic women elected to office.

Online Courses for Women Who Consider Running for Office

From the She Should Run site: The Incubator is a set of online courses. The courses help you develop practical skills and give context for what matters most through the lens of public service. This isn’t your typical political training. The Incubator provides thoughtful, actionable guidance on how to build upon your qualifications, networks, personal story and leadership brand through the lens of public service. You will be part of a community of like-minded women who offer support and advice for how they plan to lead through public service. The 4 core courses are designed for you to complete once a week, over a 4 week period. All of the courses are self-guided and are available whenever you’re interested. A single course will probably take about 5 hours for you to complete in a week. As soon as you sign up, you’ll have access to all of the courses, so you can go through them at whatever pace works for you. She Should Run is offering the Incubator program at no cost to you.